Godlessness Killed America, but Freedom Triumphs in the End

Historians who write about this age will no doubt see in it the typical sociological symptoms of a civilization that is experiencing creative and moral collapse. The patterns of route and rally, rise and decline, which are as typical of human civilizations as the birth and death cycles of biology, are expected, normal, and inevitable.

The pattern is simple: the latter days of an old civilization are marked by a blurring of the lines of virtue, an increase in godlessness, and an increase in materialistic aims and pursuits constrained only by the raw limits of wealth and power. That’s the bad news. The GOOD news is that along with this decline and fall there comes, AT THE SAME TIME, a new birth: this is the coming of a new spiritual-cultural reality that is as firmly rooted in the principles of freedom as the dying civilization’s culture is rooted in godlessness.

The ebbs and flows that may at times make one think the forces of godlessness are getting the upper hand are only alarming to those who are not properly schooled in the processes of death and rebirth which are at work when an old civilization is losing its creative and moral life-force and a new civilization is beginning in a precious few hearts, seemingly on the fringes or in the underground of what to all unlearned eyes seems to be a still thriving socio-political reality.

For those who remain firmly entrenched in the old civilization by remaining compliant with its norms and expectations while being dependent on its institutions, the future will go from bleak to dark and the only fruits they can expect are the fruits of sin, dipped in misery, and covered in sorrow. Godlessness, which promises “freedom” from the very NOTION of deity, and certainly “freedom” from the moral code associated with religious faith or anything sacred, destroys the walls of protection which prevent society from becoming a social Darwinian nightmare of “survival of the fittest”. It is not possible to have religious freedom, the freedom to find God and follow God according to the dictates of enlightened conscience, when the institutions, especially the state, are governed by the ideas and ideals of godlessness.

Certain idea systems, doctrines, are capable of co-existence, as for instance different types of religious belief or cultural differences, but certain other doctrines are simply not compatible, among which doctrines are the doctrines of freedom OF religion and the doctrine of freedom FROM religion.

Freedom OF religion is a positive freedom: it says we are free to pursue, express, and live our religious beliefs in EVERY area of life, even by using our rights of self-government (our CIVIC rights of self-determination) to advocate for policies and rules or laws that RESPECT and uphold our values, our virtues, and our way of life. Freedom FROM religion is no freedom at all: it is simply state mandated godlessness which denies the freedom of self-government by denying the very RIGHTS of citizens to seek to shape public policies according to their values and virtues.

On the one hand, freedom of religion upholds human dignity, acknowledging that we are ALL Created Equal, endowed by God with equality of rights, and upholding the virtues that show how humankind ALONE are made in the image of God, male and female, bound in the sacred union of one man, one woman, in blessed matrimony, to pass on to the next generations the spiritual DNA of freedom to know God and serve God by the dictates of enlightened conscience.

On the other hand, godlessness denies human dignity, reducing humankind to the status of mere animals, whose life is no more precious than that of a beast in the field, who have no more “rights” than they can seize by power or receive by the largesse of the state, and who have no greater purpose but to serve their own desires or some nebulous potential or the “good of the whole” (or of “the planet”) according to a cold “rationalism” that replaces marriage with the union of citizen and state and virtue with obedience to the dictates of “experts” who “know better.”

Godlessness is not going to be won over with rational argument or persuasive speech, one either embraces godlessness or one embraces freedom, one either believes that there is a God and that He Created us ALL equal and with dignity that comes from being ALONE in His image or one does not.

If the doctrine of freedom is true, that we are all Created Equal and that we are endowed by our Creator with certain Rights BECAUSE we are ALONE Created in His image, then it is reasonable that this truth should be promoted and upheld and respected by private persons and by public policy itself, because if God judges individuals, He will certainly judge nations and states! It is not reasonable to say on one hand that you believe there is a God who Created us and then say that you are for creating public policy, especially in the area of educating our children, that must not ever acknowledge or promote that truth! If you deny that society, even in its public policy, can and should promote something as true that all or most all of its citizens hold to be true in the first place than, in reality, you do not truly believe in that which you SAY you believe!

This is, however, the classic symptom of a latter-day civilization- the will to stand for a belief system, or really ANYTHING at all, beyond just immediate needs we feel right now, collapses and with it the will to live and then the whole civilization. When a civilization collapses this does not mean everything stops, it means that the fundamental beliefs and assumptions of that civilization collapse and are replaced by a culture whose boundaries are only limited by wealth and power, making those who have wealth and power “free” to do as they please to WHOM they please while making those who lack wealth and power pawns and tools of their “betters.”

Western Civilization once held to a strong Christian, or as some say, “Judeo-Christian” worldview but while the nation-states or peoples once associated with that Civilization have the appearance of being alive, in reality, Western Civilization has already passed away: the “shell” that remains is all form and no substance, all lip service and no conviction! The present talk of a “post-Christian era”, which even some ill-informed “Christians” talk about in a “matter of fact” manner, comes out of a basic mistaken assumption that Christian civilization will not continue and manifest itself in NEW venues with NEW Peoples and Nations, like it once did when Western Civilization triumphed over Roman Civilization (at least in the West).

Freedom, like life, is rugged and persistent: if you THINK freedom is going away simply because Western Civilization has ceased to function as a more or less “Christian” civilization, then you do not understand Freedom! When godlessness runs rampant on the carcass of a dead civilization, Freedom takes root on fresh soil with NEW people, people who are WITHIN and outside of the old, dead civilization.

Godlessness has LOST every single battle it has ever waged against freedom, and that will NEVER change! 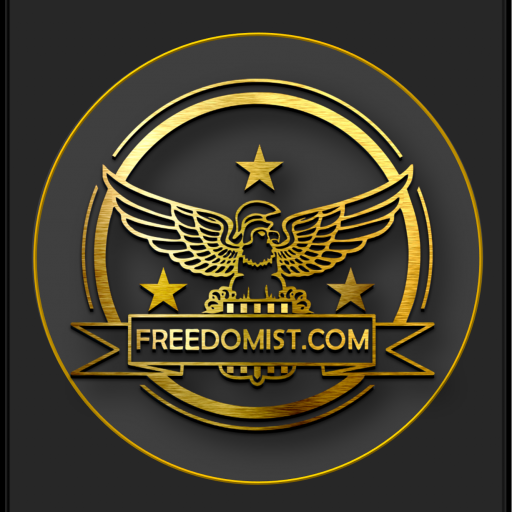