The Great Resignation is Creating a Counter-Revolutionary Movement 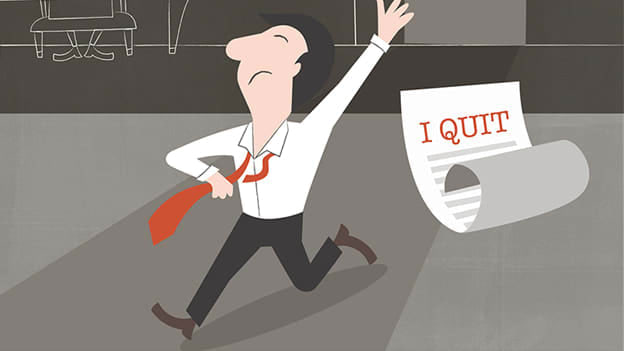 For a number of reasons, there has been a great resignation occurring across America, as hundreds of thousands, even millions, of Americans choose to walk away from their jobs and find another way to make a living.
Two of the main reasons for this great resignation really have to do with the vaccine mandates and the codifying of our corporate world to match the anti-American neo-marxianesque illiterate ideology of CRT, critical race theory, which supports the notion that white people invented racism and liberty for reasons. It really is that unbelievably cartoonishly simplistic.
Many more Americans haven’t quit, they’ve been fired, for violating muh racisms and bigotries and being Americans and whatnot, and many have been fired for refusing to take the 459th jab, or whatever number these controllers are up to by now.
American leftists, sheep of billionaire DNC elites, believe they can cancel their way out of having to face people that don’t think like them, don’t act like them, and never want to be like them. We Americans can coexist with people we don’t like, ideas we think are insane, even racist, because we have a shared belief in rule of law, in a land with a bill of rights, our particular bill of rights, for each and every citizen, even leftists.
American leftists have no such ability, for their ideology is based on a premise that only until the world is entirely like them, one of us, one of us, one of us (real Freaks vibe here for sure), can they hope to see this perfect equity and perfect social justice thing they’ve been promising for over 50 years, having been in power for the last 20.
In order to get to that dystopian hell that they actually think is good (a world in which the normative is a pejorative that should be discriminated against), the American leftist is more than willing to kill, hurt, lie, deceive, steal, swat, whatever they have to do to make their racist, bigoted, anti-American nightmares come true.
If they could have killed their neighbors, they already would have, but they can’t, so they use cancel culture to kill our ability to make a living if we don’t surrender to their Billionaire masters. But of course, the leftist’s fundamental lack of understanding of a humanity that is rather than a humanity they falsely imagine they can design has basically hastened their well-deserved demise, for now that they are now forcing even normies off their garbage plantations, we Americans have just been handed a talent pool of millions of high quality human beings for our counter-revolution, which will come in the form of new towns and new institutions, emerging right under your leftist-idle feet.
While you preach racism, we preach hope through action among a like-minded people, like-minded in only one way, we adhere to the standards of the Bill of Rights, which allows us to work in unity despite our immense diversity. The American people are emerging, and the short-sighted hatred and violence of the left might just be the catalyst for it.

The Great Resignation is spawning a talent war. Who will win it? | Unemployment News

The coronavirus pandemic has caused the biggest worker reshuffle in modern history and in the process radically shifted the balance of power from capital to labour, a new report argues.

The survey, which looked at the shift in work between February 2020 and February 2021, stresses that the previously held relationship between workers and companies was forged in a world quite different from the one we live in today.

“A year of in-depth research has helped us define the broader implications of the future of work and the steps firms need to take now to get ahead in the shifting war for talent,” the report concludes.

Workers in the US have grown increasingly confident about their job prospects….