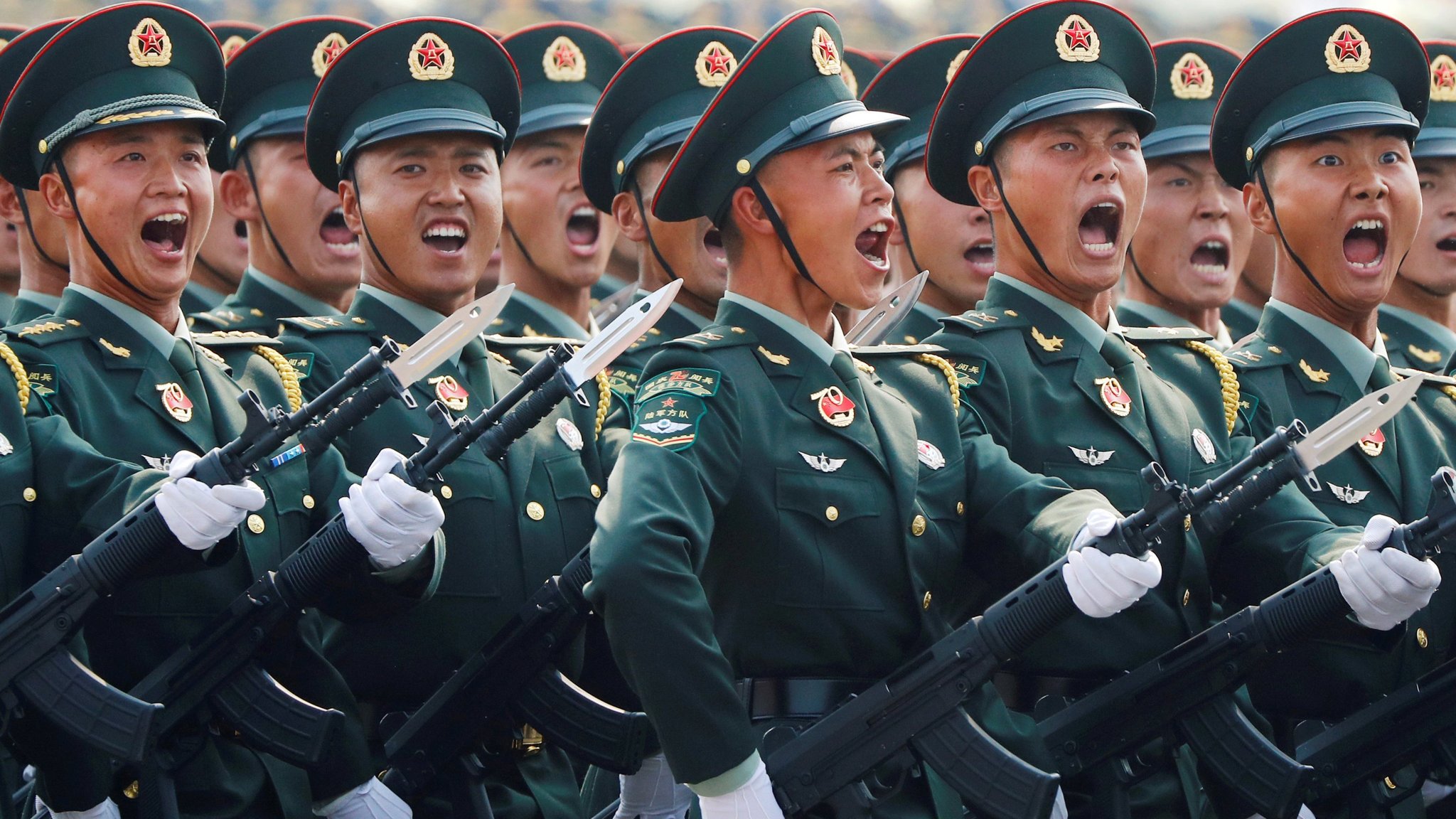 While Americans are divided by a Socio-cultural corpo-dnc megalith that calls people racist for not wanting government schools to raise children to hate their very country and everything it stands for, China is marching ahead on its plans to be the new supreme world superpower of the land, and folks, if you think American Cancel Culture, empowered, enforced, and pushed by this corporate-dnc megalith, wait until your products and your entertainment are wholly dependent on Superpower China, the most racist nation-state on the face of the planet and the economic source of power for the corporate-dnc.

While China runs drills blowing up American Carriers, our American corporate-dnc megalith, the Facebook-CNN-Harvard-NEA-FBI-Alphabet-etc-Corporate-State-DNC Machine is able to offer us products and services that demoralize our national identity and will at just the time that China rises in power, using booty gained from the massive Chinese market to fund their illicit projects of American subterfuge.

The DNC machine is banking on finishing off us Americans to turn its attention to once again compete with the very mother’s milk that gave that machine power, China, the Chinese Communist Party, under the absolute control of Chairman Xi, the number one threat to American freedom in the world today, and Biden supporter.

The DNC Machine would have you believe the number one threat to America is the white face itself, while Xi marches on, gleeful of how his enemy is divided, in large part thanks to his funding of America’s enemies within, the DNC itself, the sellers of America’s freedom to the highest bidder that funds their own war machines designed to replace families with child approval boards that might one day determine at the age of 12 if you are worth further investment or not.  Heaven help those who do not fit into their plans.

This is our reality Americans.  Prepare for dark times.

China already has the world’s largest navy with about 355 ships, but the country is rapidly increasing ​its armed forces to fulfill President Xi Jinping’s vow to transform the People’s Liberation Army into a “world class” military by 2049, according to a report from the Defense Department.

It said China pursued objectives throughout 2020 to modernize its armed forces and improve combat readiness — including the capacity to carry out long-range precision strikes and the ability to conduct “increasingly sophisticated space, counterspace and cyber capabilities.”

“The PRC is increasingly clear in its ambitions and intentions. Beijing seeks to reshape the international order to better align with its authoritarian system and national interests, as a vital component of its strategy to achieve the ​’​great rejuvenation of the Chinese nation,’” according to the report provided annually to Congress, referring to China by its formal name, the People’s Republic of China.

“According to this worldview, the accrual of the PRC’s comprehensive national power, including military power, is necessary to set the conditions for Beijing to assert its preferences on a global scale​,” it continued.

The report — “Military and Security Developments Involving the People’s Republic of China”​ ​– said Xi laid out plans in 2017 to complete the modernization of the PLA by 2035 and transform it into a “world class” military by 2049.

The country is doing so by merging foreign policy, economic power, defense and military strategies, and its government and politics systems into one master plan.