Xi Re-Emphasizes the Supremacism and Certainty of Scientific Marxism 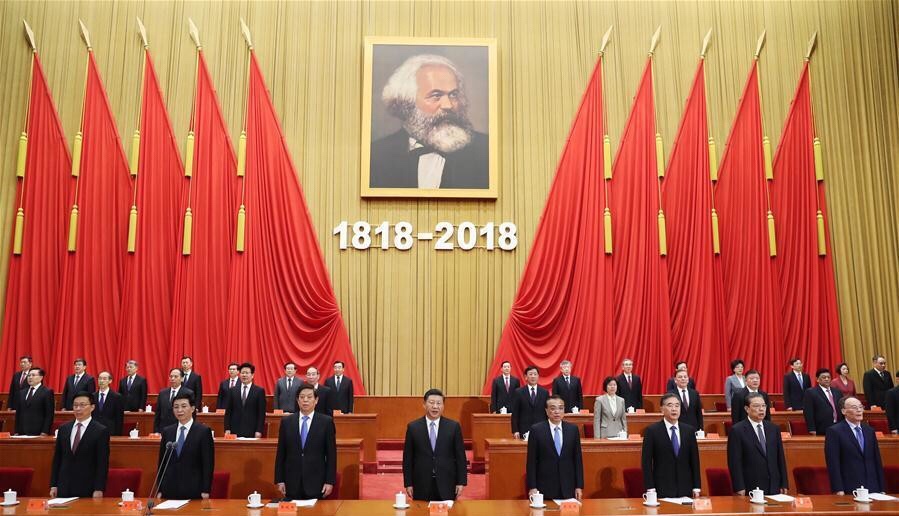 The dictator of China, Chairman Xi, is about to release his edict that will set the moral and cultural tone of a nation-state of 1.2 plus billion people, with hopes of creating coercively and venally a world cultural reality that gives ascendancy to the Marxism of Chinese Characteristics of Chairman Xi.

From what has already been distributed to state-approved media, Chairman Xi will be declaring the scientific certainty of Marxism, which works so well with Chinese traditions because Marxism is so precise.  Chairman Xi claims to be creating an Empire run scientifically, which sounds quite ruthless.  Science has no compassion, no love, no grace, something the American left also shares in common with Chairman Xi, an addition to their Marxism, an American left now fully being indulged by the Corporate-State DNC Machine.

Like the Dictator, these American Marxists also claim to be the holders of certain science that can certainly create the hope fulfilled we all universally share.

So much unscientific talk in that statement above, and in those who imagine that science is certain or has certain answers at all.  Science, as anyone who holds a modicum of harmony with the reality of power and not the idealogical fantasies of trust-fund-baby theorists dressed in Peter Pan chroma-color attire, science cannot even define value at all.

The presumption of value is the key to tyranny.  And those who speak certainty on such matters are dictators looking for a people to rape or people looking for a dictator to rape them.  Science will not save the useless from extermination, it will offer it as a solution.

When you dance with the devil, as the DNC began to do a few decades ago, you might soon become him, as the DNC has become, nothing but a wannna-be Chinese Communist Party, or, maybe, a POCLGBTQ Communist Party, where the Nationalism is the Party and the undesirables are the Americans, including those same POCS and LGBTQs that refuse to bend THEIR knees to tyrannical control, for all peoples are Americans in these lands that love the Bill of Rights and will die to see that spirit restored and presereved in these lands.

BEIJING, Nov. 15 (Xinhua) — An article by Xi Jinping, general secretary of the Communist Party of China (CPC) Central Committee, on arming the whole Party with Marxism and the innovative theories of its adaptation to the Chinese context will be published.

The article by Xi, also Chinese president and chairman of the Central Military Commission, will be published on Tuesday in this year’s 22nd issue of the Qiushi Journal, a flagship magazine of the CPC Central Committee.

Marxism revealed the rule for the development of human society in a scientific manner, the article says, noting that it is the fundamental guiding ideology upon which the Party and country are founded…..

It calls for continuing to adapt the basic tenets of Marxism to China’s specific realities and the country’s fine traditional culture, using Marxism to observe, understand, and steer the trends of the times, and continuing to develop the Marxism of contemporary China and in the 21st century.