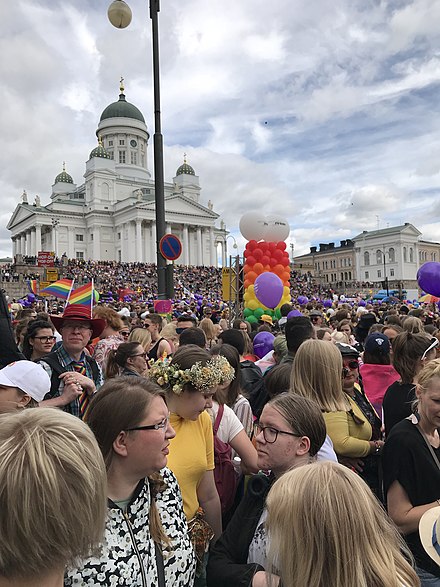 Two men dared speak publically views that do not affirm the LGBTQ lifestyle.  They committed this public crime in the nation-state of Finland, which has gone perhaps further than any other nation-state in terms of integrating the neo-marxianesque family of politics by racial, sexual, and gender identity, with heavy preference on the less common and stigmatization of the normative.

The result of this marriage of woke church and state is the utter vilification and criminalization of scripture itself, as can be seen in the arrest of a Christian Bishop and Politician who both dared express what they believe is the biblical view of the LGBTQ lifestyle.

A Finnish politician and bishop are both facing a criminal trial starting Jan. 24 over the charge they violated the dignity and equality of the LGBTQ population by engaging in hate speech.

The free speech case centers on politician Päivi Räsänen, a member of the Finnish parliament and a longtime politician who also happens to be an outspoken Christian.

Räsänen, 62, is accused of sparking anti-gay sentiment at least three times: during a talk show, in a 2019 tweet, and in a book she wrote titled, “Male and Female He Created Them: Homosexual Relationships Challenge the Christian Concept of Humanity.” The pamphlet takes a stand against same-sex marriage, Christianity Today reported.

Also under fire is Evangelical Lutheran Mission Diocese of Finland (ELMDF) Bishop Juhana Pohjola, 49, whose organization published the aforementioned book. As The Reporter noted last year, Pohjola was charged by Finland’s Office of the…