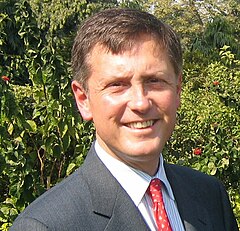 Nancy Pelosi thinks politicians using insider knowledge to trade in the markets and turn their 200Kwhatever a year salary into an empire of tens, sometimes hundreds of millions.  The Fed Vice Chair Richard Clarida allegedly thinks that should also apply to all government officials, not just our elected royalty (which was new to me, but Nancy set me straight).

Allegedly, he has been making some insider trading type trades during the pandemic, which shocks no one that it happened in government during this time.

The only thing that might be shocking is which of the many government grifters would be shaken from the tree as a sacrifice to the rest of the bad apples still hanging over us all from their gilded branches.

Federal Reserve Vice Chairman Richard Clarida said Monday he will be leaving his post with just a few weeks left on his term and amid revelations regarding his trading of stock funds.

In an announcement released Monday afternoon, Clarida said he will be stepping down from his post this Friday. His term expires on Jan. 31.

The move comes following additional disclosures regarding trades Clarida made in February 2020, around the time when the Fed was getting ready to roll out what eventually would become its most aggressive policy tools ever, in an effort to combat the Covid crisis.

“Rich’s contributions to our monetary policy deliberations, and his leadership of the Fed’s first-ever public review of our monetary policy framework, will leave a lasting impact in the field of central banking,” Fed Chairman Jerome H. Powell said in a statement. “I will miss his wise counsel and vital insights.”