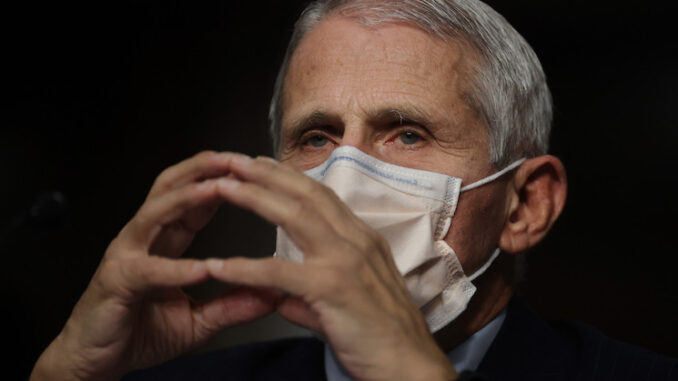 Scientists behind the scenes working under Dr. Anthony Fauci were speculating early on that the Coronavirus that now dominates our lives was more than likely human-created, and more than likely leaked from a Wuhan, China lab, the same lab Fauci and these same scientists have been working with and, in part funding.

Emails show scientists told Fauci the lab-leak theory was possible. He called it a conspiracy anyway.

New information from previously redacted emails confirms that scientists consulting with government officials believed that the COVID-19 lab-leak origins hypothesis was not only possible but perhaps even likely, before Dr. Anthony Fauci and Dr. Francis Collins worked to denounce the theory as a conspiracy.

In a letter to the head of the Department of Health and Human Services, House Judiciary Committee ranking member Rep. Jim Jordan (R-Ohio) and Committee on Oversight and Reform ranking member Rep. James Comer (R-Ky.) revealed the text of redacted emails from February 2020 in which prominent public health scientists discussed the origins of COVID-19 with Fauci and Collins. Some of the emails revealed previously unknown details of what was discussed in a secretive Feb. 1, 2020, conference call in which at least 11 scientists convened to examine the possible origins of SARS-CoV-2, the virus that caused a global pandemic and radically transformed the lives of almost everyone in…