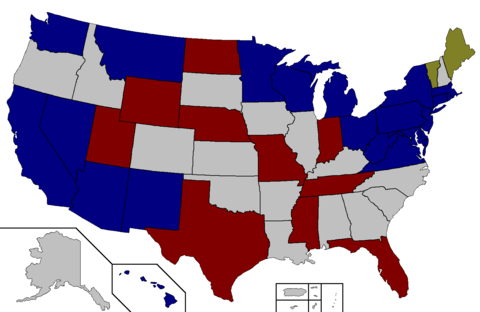 The GOP has been working in states that they control to gird their elections from DNC manipulation in preparation for avoiding another mass mailer national election for the President of a Federal Republic, such as we are.

This is the ninth in a series of articles examining changes to voting laws in every state.

The ongoing election evolution in the United States, while in large part catalyzed by the Covid-19 pandemic, has been building momentum for years.

Many states were already undergoing major overhauls to their election systems leading up to the 2020 election, even before the pandemic gripped the nation. And in the aftermath of the presidential contest, states have doubled down on voting reforms.

To provide a comprehensive analysis of the voting law changes in every state and Washington, D.C., since 2019, The Fulcrum compiled data from the Voting Rights Lab, the National Conference for State Legislatures, the Brennan Center for Justice, and state statutes and constitutions. This ninth installment focuses on the five reliably Republican states.

Republicans have complete control over the executive and legislative branches of government in Missouri, Montana, Nebraska, Oklahoma and West Virginia. Each…