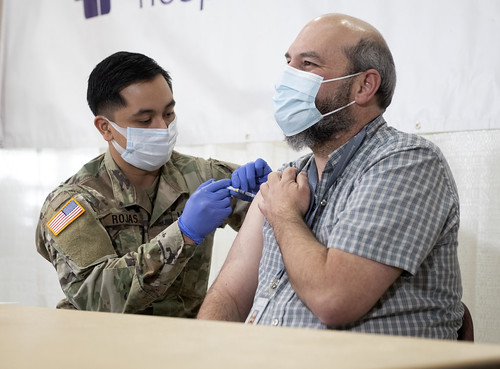 “Democrats on the House Rules Committee recently blocked consideration of every Republican amendment to a yearly defense policy bill that would have ended the Biden administration’s military vaccine mandate, despite the impact it could have on military readiness and recruiting.

The vaccine mandate could mean discharge — as the Department of Defense has vowed — for more than 260,000 troops out of a 2.1 million-force who are not fully vaccinated in accordance with Defense Secretary Lloyd Austin’s order, as recently reported by Breitbart News.”

Pope Says He’ll Slow Down or Retire: ‘You Can Change a Pope’
From www.cbn.com

“Pope Francis acknowledged Saturday that he can no longer travel like he used to because of his strained knee ligaments, saying his weeklong Canadian pilgrimage was ‘a bit of a test’ that showed he needs to slow down and one day possibly retire.”

“On May 21, the civil court of Bandar Anzali convicted Rahmat Rostamipour of disseminating propaganda by teaching or sending messages about Christianity. The relief group Barnabas Fund reported. Rahmat was fined 6 million tomans (US $185), with the threat of another fine of 18 million if he commits the same “offense” within the next 24 months (six million tomans is about a month of wages).”

Targeted in a hate crime over kid-friendly drag show, Lake in the Hills bakery can no longer host public events
From chicago.suntimes.com

“A Lake in the Hills bakery that was targeted earlier this month in a hate crime after planning a family-friendly drag show was ordered to stop hosting public events because it isn’t zoned for entertainment — a move the store’s owner called a “conspiracy.”

Corrina Sac, of UpRising Bakery and Cafe, said in a Facebook video posted Saturday that village officials sent a letter a day earlier threatening large fines and the revocation of its business and liquor licenses if any more events are organized.

The ACLU of Illinois vowed to defend Sac and warned the village’s actions ‘create a victory for hateful, anti-LGBTQ+ voices who attacked the owner and bakery after coverage of the drag brunch.'”

Xi stresses solidarity of Chinese at home and abroad for national rejuvenation-Xinhua
From english.news.cn

“In his remarks, Xi stressed that this year marks the centenary of the CPC’s clear identification of its united front policy. It is imperative that we continue to ensure the patriotic united front develops in the right direction and accurately understand its historic position in the new era.

Xi defined the main tasks of the patriotic united front in the new era as follows: to follow the guidance of the Thought on Socialism with Chinese Characteristics for a New Era and uphold the CPC’s leadership; to adhere to the path of socialism with Chinese characteristics and hold high the great banner of patriotism and socialism; to balance commonality and diversity, focus on the central task of economic development and serve the overall interests of the country; to advance with the times and innovate on the basis of what has worked in the past; to strengthen theoretical and political guidance, and fulfill the political function of gathering support and pooling strength; to promote harmony between different political parties, ethnic groups, religions, social strata, as well as our compatriots at home and abroad; to promote concerted endeavor of Chinese people at home and abroad and bring together powerful strength for building China into a great modern socialist country in all respects and achieving the great rejuvenation of the Chinese nation.”

Ukraine’s harvest could be halved this year due to Russian invasion, warns Zelenskiy
From www.theguardian.com

Volodymyr Zelenskiy has said Ukraine’s harvest this year could be half its usual amount because of the Russian invasion, in comments likely to intensify fears of global hunger.

“Ukrainian harvest this year is under the threat to be twice less,” the Ukrainian president wrote on Twitter in English. His country’s main goal, Zelenskiy said, was to prevent a global food crisis caused by the Russian invasion.

Sri Lanka’s acting president, Ranil Wickremesinghe, declared a state of emergency on July 17 as his government seeks to quell social unrest and deal with the economic crisis that has engulfed the country.

Sri Lanka’s parliament on Wednesday approved the emergency ordinance, which allows the military to be given powers to detain people, limit public gatherings, and search private property. The decree has to be approved every month.”

The Kosovar government has said that on August 1 travelers arriving from Serbia will have their Serbian-issued documents exchanged for new entry-exit identification documents issued by Pristina, valid for three months.”

“Bezos, the second-richest person in the world, now has a net worth of $159 billion. He reported a $13 billion daily gain on Friday when strong buying pressure was seen in the Amazon shares. The largest online store in the world, Amazon, was founded by Bezos. Through its main website, the Seattle-based business sells electronics, home items, and other things. Additionally, it runs the Whole Foods supermarket chain and provides streaming and cloud computing services.”

Getting fertilisers at subsidised prices has become a dream for farmers in the four districts of the Faisalabad division. While self-imposed rates of urea and Diammonium Phosphate (DAP) fertilisers have been fixed, black marketing has also reached its peak…..

Nigeria May Shift Export To Japan As China’s LNG Import Drops
From leadership.ng

“Nigeria major Liquidity Natural Gas(LNG) exports may be heading to Japan, as the country mulls expansion of the Nigeria Liquified Natural Gas Plant, in Bonny, Rivers State.  The current expansion of its Train-7 is being followed by plan to establish Train-8 as government drives new gas expansion plan.”

“Ports in North China’s Inner Mongolia Autonomous Region linking Mongolia are reopening as the COVID-19 outbreaks have eased there, which an expert said will further promote trade despite global uncertainties and geopolitical tensions. And, booming trade is expected to help alleviate Mongolia’s economic difficulties.”

“A new baker’s confectionery in the Democratic Republic of Congo is making bread and pastries from ground cassava as an alternative to wheat flour.

One workshop at the University of Kinshasa is churning them out across this city of bread lovers. And some people have taken a liking to them.”

One way that the Navy has identified water-born drones as an affordable but effective means of delaying that challenge: the Navy’s 5th Fleet has already deployed smaller drones of this nature in waters off the Middle East.”

Chinese rocket debris hurtles back to Earth, drawing NASA rebuke for ‘significant risk of loss of life and property’
From fortune.com

“The People’s Republic of China did not share specific trajectory information as their Long March 5B rocket fell back to Earth,” NASA Administrator Bill Nelson said separately. “All space-faring nations should follow established best practices, and do their part to share this type of information in advance to allow reliable predictions of potential debris impact risk, especially for heavy-lift vehicles, like the Long March 5B, which carry a significant risk of loss of life and property.”

“The U.S. has started working on new types of weapons to help keep pace with China’s military development and continue to deter a potential invasion of Taiwan.

“Bill Russell, the NBA great who anchored a Boston Celtics dynasty that won 11 championships in 13 years — the last two as the first Black head coach in any major U.S. sport — and marched for civil rights with Martin Luther King Jr., died Sunday. He was 88.

His family posted the news on social media, saying Russell died with his wife, Jeannine, by his side. The statement did not give the cause of death.”

The petition, which can be found at Change.org, now has hundreds of signatures. The description for the petition reads:

“Ever since he became CEO of The Walt Disney Company on February 25, 2020, Bob Chapek has made Disney worse & worse over time. He has allowed the cancellation of projects such as The Owl House and Nimona, along with funding bills and organizations that will put LGBTQIA+ people in grand jeopardy.  This has gone far enough, and he needs to be stopped. Remember the time back in the 1990s when Michael Eisner was ruining Disney, the person trying to save it was Roy E. Disney. Well, His daughter Abigail Disney is also highly critical of the company. I think its time we need a new CEO that actually cares for the safety of its fans, which is why i am calling upon the Board of Directors of The Walt Disney Company to fire Bob Iger and replace him with Abigail Disney. Putting her in charge of the company would be doing everyone a big favor, as she is against anti-LGBTQIA and is an active philanthropist.”

China’s youth are rejecting the country’s hypercompetitive school and work culture
From fortune.com

“The number of university graduates in China has surged, but white-collar jobs haven’t kept up. Nearly 11 million Chinese students will graduate from university this summer, but many of them may not be able to find a job.

Now, China faces a ticking time bomb: a generation of disenchanted and unemployed youth amid the biggest economic slowdown the country has seen in years, caused by the global slowdown and COVID lockdowns.”