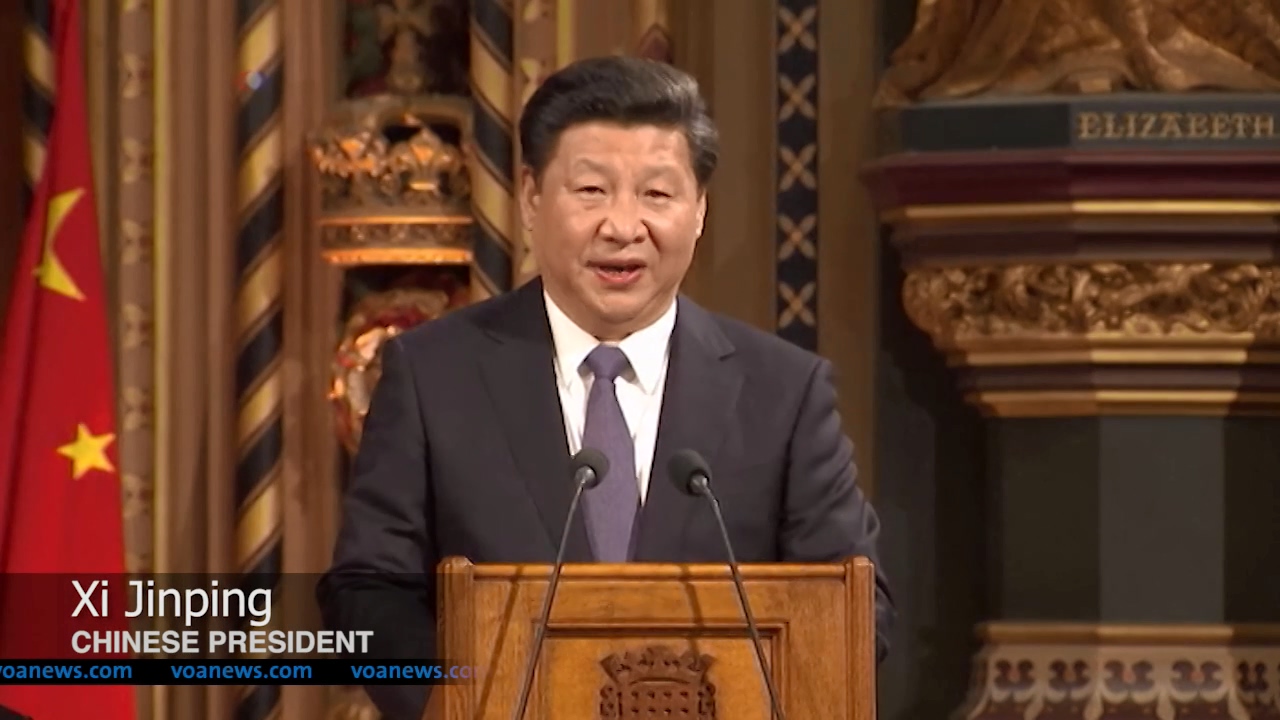 PGC – While the Chinese President, Chairman Xi, continues to build his military, just recently, the Chinese were able to host a meeting of the biggest American international corporations we have to assure them, and to preach to them, that decoupling from China is bad.  They’re even dangling before these American companies the prize so many have been after,  the open Chinese market.

The potential to make money in the Chinese market could be three to four times the capacity of America’s market in a short order, and this, in part, is what American corporations are banking on, and why they seem to be so integrated with China, with our own professional basketball league choosing China over Hong Kong in a Twitter war.

This is become their City of Gold they’ve been pursuing for sometime, a pursuit that was JUST ABOUT to bring big fruit until the Donald came along and wrecked their marriage in the middle of the dress rehearsal.  Well, they can’t exactly get to that point just yet, but they’re working to get back to that point.

While these corporations prepare to become even more dependent on a nation-state that is currently genociding a whole ethnic group, they pretend moral supremacism through corpowoketarianizm at home, destroying the lives of innocents caught up in the latest moral hysteria to sweep across a land (wasn’t the first, won’t be the last).

And while our corporations, from near-stem, to near-stern, prepare the wedding bed with daggers under the mattress (knowing the bride has knives under there as well), that same courted bride is building a military behind an imperialistic mindest as reflected in Chairman Xi himself, who, under Xi thoughts, has described the  role of China as serving as the Father of Socialism with Chinese Characteristics to the rest of the world that, through soft power mostly, will acceede to the Chinese Way of doing Marx, so to speak.

Not that he’s anywhere close to Marx or Chinese or even Characteristics for that matter in what his system currently represents, a mix of near lawlessness with brutal thought-police level of control.  You can pee on the streets or randomly set up a space on a sidewalk and sell stuff, but don’t go on social media and watch anything inappropriate as defined by the CCP, or say anything inappropriate as defined by the CCP, else Uncle will show up and take you to a dark place, where you will be contained in a special chair to assure your movement was limited, and you would be questioned about that social media post  or view or like until they were convinced you were contrite or duly chastized, then they would let you go.

The Chinese state has mastered corpowoketariansim beyond anything the corporations of America could hope to achieve anytime soon.

This is the CCP we are giving a pass to as she builds more power and makes it clear her intentions to not be a passive superpower, but to be one that consumes nations with her way.  Come what may, you don’t want such an outcome for your children, yet our holy holy corpowoketarian companies seem to want that for your children, for they make bank at the top while we lose what liberties we have remaining.

Chairman Xi himself is either relying on martial inspiration for a boost in the hearts of a nation that is being wrecked with floods, broken dams, and incompentent state handling of crisis, or he is wary of America’s, and other nations’ continued patience with China once their populace figures out just how long and how deep the continued sacrifice of local liberty for Chinese dollar is among their biggest and most well-known and well-loved brands, and even their own governments as well (most certainly ours).

He is urging his military to make preparations for military struggle, which might be inocuous enough given his current geopolitical circumstance, but this seems, to me, to fit more in the pattern he and his foreign ministers have  been following for some time.

If you will recall, it was a foreign minister representing Chairman Xi that warned America if it continued to say the Coronavirus came from China that they might withhold our medicine (why our corporations and our government would put 90 percent of our medical anythings in China is a question that will one day have to be asked) for treatment of the virus.

In that spirit, this comment is less inocuous to me, though I think it portends a still more gradual escalation that the nation-state has continued to be on for the last 4 years since Chairman Xi become the effective new Mao of the Chinese State.

Chinese President Xi Jinping has urged the country to prepare for a military conflict. The Chinese leader demanded more power and resources for the country’s armed forces, the People Liberation Army (PLA).

The PLA “must be placed in a more important position, and the consolidation of national defence and a strong military must be accelerated.” the Communist dictator declared on Friday. “We must persist in strengthening the overall planning of war and make preparations for military struggle,” he added.

Friday’s statement comes amid series of threatening remarks aimed at the United States and the West made by the Chinese leader since President Joe Biden took over the White House.

In early July, Xi threatened that China’s adversaries will “have their heads cracked and bleeding” in any future confrontation. They “will find themselves on a collision course with a great wall of steel forged by over 1.4 billion Chinese people,” he warned in a televised speech marking the 100th anniversary of the Chinese Communist Party.

Chinese President Xi Jinping has called for a greater focus on national defence and the military in a speech given on the eve of an important military anniversary and as the nation faces a growing range of security risks.

After giving a spirited speech on the achievements of China’s Communist Party during its centennial celebrations earlier this month, Xi said on Friday: “On the path of completely building a modern socialist country and realising the second centennial goal, national defence and the military must be placed in a more important position, and the consolidation of national defence and a strong military must be accelerated.