Russia Threatens to Turn US to Ash Over Ukraine, Biden Threatens Sanctions 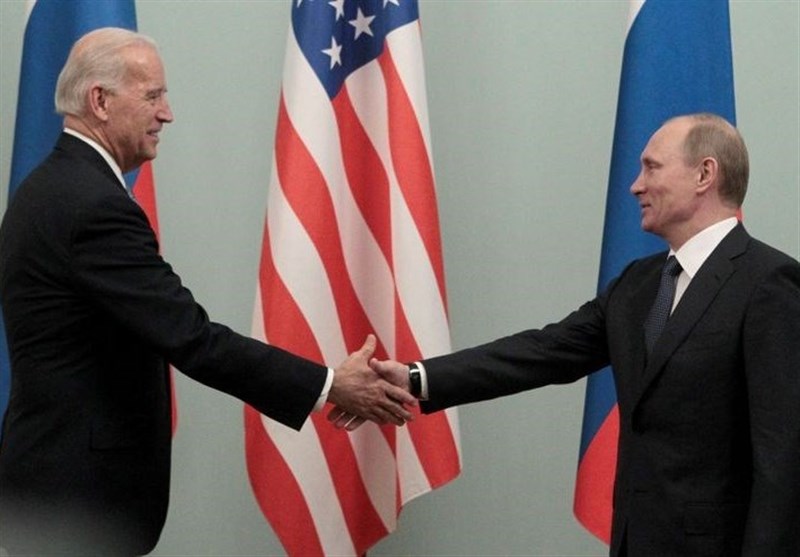 Somehow, the man who stumbles into half-asleep sentences on the regular must pull his senses together and stay lucid, without a teleprompter, and convince Vladimir Putin that he should not invade Ukraine and that Biden  is a fully cognizant, in-charge President, a man who should not be trifled with.

Biden will be talking to Putin shortly to urge Putin not to invade Ukraine because it seriously looks like he’s about to, with well over 70,00 troops positioned on the border in menacing poses.  But before he talks to Vladimir, he will be talking to Ukrainian President Volodmyr Zelensky, who is urging Biden to send him all the stuff that blows stuff up and whatnot that he can, even as he tells his people that his military is strong and excellent and can defend Ukraine from Moscow.

Russia allowed one of its news presenters to tell we Americans that Russia can ‘turn the United States to ash,’ threatening the lives of 330 plus human beings, many of whom never even heard of Ukraine, let alone can spell it.  The vagaries of nation-statism, as they say (ok, that’s what I say)……

Meanwhile, Putin is just saying he wants international court paper type legal guarantees from NATO and the US that they will stop trying to expand their influence east.  Give up the east, the East belongs to Russia, as does the Crimean Peninsula, a land mass they can never afford to allow come into enemy hands.

Russia is serious folks, and she has to be.  That little dangle into the Crimean Sea is a huge geopolitical influence on the whole sea. a sea that gives Russian ships access to the Mediterranean and beyond.  They can ill afford to put their own national sovereignty at stake.  If the US and NATO are not full-on for war, or to watch helplessly as Russia devours Ukraine and re-awakens her imperial nationalist hunger, then they’d do well to seriously commit to these international court legal document terms.

To be sure, a deal like this is sure to last but not more than perhaps a decade or two, if even a year or two, as the geopolitical reality is that Ukraine and Russia cannot coexist due to the Crimea.  The East is unsecured, so the West must eventually fall, and fall she most likely will.  A Ukraine allied with Russia would be far less of a threat than one that is so deeply immersed in American politics and influence.

If we were in Russia’s footsteps, our Ukraine could not long stand if she were under the sway of China, assuming, of course, we had actual American-interest-serving leaders and not internationalist DNC apparatchiks serving the interest of American billionaires making bank off cheap Chinese labor and the vast, untapped Chinese market.  But that’s another story, or stories, and we cover them here.

This is how the MSM is covering the Ukraine Crisis:

The Biden administration is considering a set of sanctions against Russia designed to deter Vladimir Putin from invading Ukraine, CNN reports. The new sanctions will target Putin’s inner circle and Russian energy producers.

“The officials said final decisions hadn’t been made on whether and when to apply the new sanctions, and said the Biden administration is currently in talks with European partners — many of whom have closer economic relationships to Russia — in the hopes of coordinating action,” CNN’s Kevin Liptak writes. “People familiar with the discussions said new economic sanctions could target a variety of sectors, including energy producers and Russian banks. The new sanctions could also go after Russia’s sovereign debt.”

A week before the Thanksgiving holiday last month, Ukrainian Defense Minister Oleksii Reznikov came to his American counterpart Lloyd Austin’s third-floor Pentagon office with an unusually large request: He needed weapons systems, including many that the United States had never before provided to Ukraine, and he needed them fast.

Ukraine was, and still is, asking the Biden administration for a wide range of capabilities that officials hope could change Russia’s calculus about launching another invasion of the country. The list, which was first detailed by Reznikov to Austin in mid-November and has not been previously reported in detail, includes support for air and naval defense and electronic warfare—a potential shield against devastating bombings and electromagnetic attacks that would likely accompany any forward march across Ukraine by Russian mechanized forces.

TV presenter Dmitry Kiselyov, who has been called Vladimir Putin’s “mouthpiece” and “propagandist-in-chief”, accused the US of peddling “fakes about Russia’s intention to invade Ukraine”

A top Kremlin ‘propagandist’ suggested Russia could turn the US into ‘radioactive ash’ amid rising tensions over Ukraine.

Despite this, Russia insists it has no plans to invade its neighbouring ex-Soviet state.

State TV channel Rossiya 1 said a video summit set to take place between Washington and Moscow on Tuesday evening comes at a “peak of tension”.

President Biden will speak with Ukrainian President Volodmyr Zelensky and leaders of key European allies in order to “coordinate his message” and go into his Tuesday video call with Russian president Vladimir Putin with “unity and strong transatlantic solidarity on the way forward,” a senior administration official said Monday.

The official said Mr Biden plans to raise America’s “deep concern” with Russia’s military buildup along its’ border with Ukraine when he speaks to Mr Putin, as well as “other critical issues “ such as “strategic stability, cyber and Iran’s nuclear program”.

“The President will conduct this discussion the same way he has with past discussions with Putin in a professional, candid, straightforward manner, where he will make clear — without any kind of rhetorical flourish or finger wagging — what the United States is prepared to do, both in respect to deterrence and in respect to diplomacy,” the official said.

Biden and Putin are to hold a secure video call on Tuesday as the United States tries to head off Russia from launching military action against Ukraine after Moscow massed tens of thousands of troops on the Ukraine border.

Ukraine’s president on Monday hailed the country’s military, saying its forces are capable of fending off a potential attack by Moscow as tensions soar over a Russian troop buildup near the Ukrainian border.

Ukrainian and Western officials are worried that the Russian military concentration could herald plans by the Kremlin to attack its neighbor, a concern that is expected to dominate a call Tuesday between Presidents Vladimir Putin and Joe Biden.

Ukrainian President Volodymyr Zelenskyy praised the country’s army as a “highly capable and highly organized force that is confident in its potential and is able to derail any expansionist plans by the enemy.”

“Ukrainian servicemen are continuing to perform their most important mission — to protect the freedom and sovereignty of the state from the Russian aggressor,” said Zelenskyy, who donned combat fatigues on a visit to troops near the area of a separatist conflict in the country’s east.