Coming Soon, Women Being Drafted for War in America 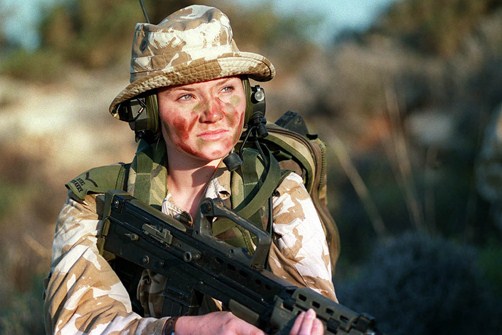 Women Are on the Verge of Being Forced Into Military Conscription Due to a Perverse Notion of ‘Equality’ – Reason.com

The Senate Armed Services Committee on Thursday approved a language change in the $768 billion National Defense Authorization Act (NDAA) that would expand the “Selective Service”—the oxymoronically named requirement under threat of imprisonment for 18-year-old males to submit their names to a national registry of potential military conscripts—to include the female of the species.

As Ella Lubell noted here yesterday, among those cheering this development is the American Civil Liberties Union (ACLU), whose lawsuit challenging the male-only draft was denied a hearing last month by a Supreme Court that nonetheless signaled its potential interest should Congress decline to change the law. “Men-only registration actually impedes women’s full participation in civic life,” the ACLU maintains.

It’s worth pausing on that logic, particularly in light of what that “L” stands for. Is “participation” really the right word to describe being coerced by the state…