The War for Liberty Starts with Artificial Intelligence Machines 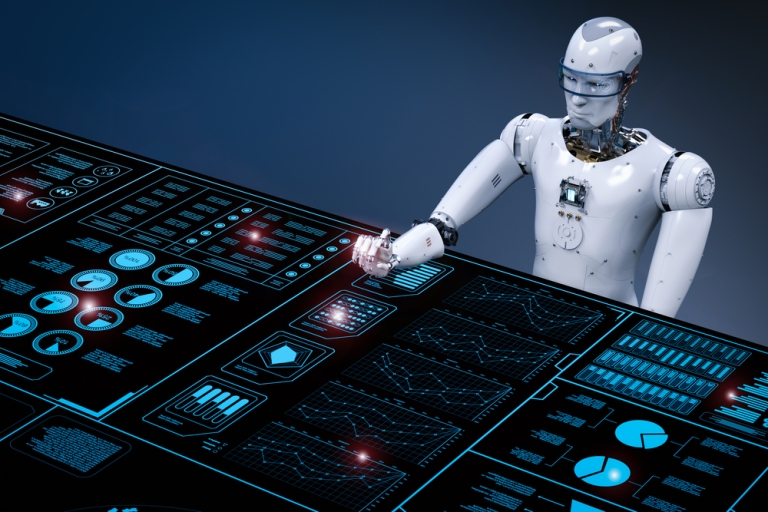 Much  of the patterns of consumption that you find yourself being pulled into is the product of a war between competing armies of digital thinktank ninjas creating algorithms designed to splatter your mind with yes or no reflexively, without even having to take one drop of agency of self to make the decision that automatically flows into your being.

The more unaware you are of your own preferences, your own beliefs, and why you have them or hold to them, the more you become the product that is triggered to consume a product.  The product is political, social, pleasurable, practical, essential, lifes-saving, indulging.  The product is the limited ‘choice’ you are shuttled into making by clever algorithms that spit fire into your screens, even when you’re going to the bathroom.

You become the code itself.  You are more than battery, you are the matrix code itself.  The battery is the mind captured by your own will to submit to the code outside of you.

You stitch the code with every angry emoji and every long comment convincing another Christian sky daddy idiot that God died when Nietszche made it so.  You are the code.

This world that such a soul is trapped inside is created by teams of warring artificial intelligence machines working in deep learning meshness to create and adopt portals and doors to assure the programmed ethics was baked into the whole affair, as in, only the narrative of the machines gets through.  We have entered a new age, the age of the deep learning barons, racing to consolidate intellectual potential and lock it behind intellectual property laws, and walls of billionaire-level lawyers,  with walls of government agencies with guns willing to back up the words of the courts, where the ownership of thought is declared.

As these machines evolve in efficency, and the best rise in initial and ongoing cost (something far more likely if these machine innovations are locked behind intellectual property walls), lives will be led to favor this or that value at a moment’s notice, where today’s villains are tomorrow’s always has been heroes, where information truly is the reality of the power to create narratives that can easily be flooded into the vast majority of human eyes, on platforms controlled by the few.

IP might have a necessary role in society, but IP that creates monopolies on the use of high-level AI machines by the very, very, very few will put the vast majority of humanity at disadvantages that might be far more profound than anything that has ever come before this.  Conversevly, if AI machines can be created through open source so that the most sophisticated machines can still be home-built by almost anyone, then these machines could level the ‘expert’ playing field for humanity, giving those in power new “inspiration” to suddenly rediscover the nobility of a Bill of Rights restricted power, be it civic, market, or social, so long as it occupies public space.

A power disbursed creates ‘liberal” central power,  A power concentrated creates tyranny of the very, very, very few over the many, a scenario that the DNC would so wish to see happen as a result of the further development of AI by humanity.

This article from Army Technology is revealing a little more than, perhaps, it would want to reveal to folks like you and me when it exposes that the top concern in business in 2021 has been artificial intelligence.  At number two, previously number one, was augmented realty.  These potential AI Barons all recognize the potential for consolidation and control, as well as the flip side, the potential for loss of consolidation and control should the small scale enterprises have the same intellectual power as the mega-corps like Alphabet do.

Why is AI an obsession for business insiders?

Business leaders are still worrying about artificial intelligence (AI), but with Facebook pushing hard into the metaverse, augmented reality (AR) has also proven a massive concern for corporate chieftains.

That’s according to analytics firm GlobalData. The company defines a theme as any issue that keeps chief executives awake at night. In a thematic survey published in October 2021, GlobalData gauged the business community’s current sentiment towards emerging technologies that kept executives stirring into the early hours.

The research found that AI was the technology perceived as most disruptive in Q3 2021, regaining its position from AR, which, as Verdict previously reported, held the top spot in the previous quarter.