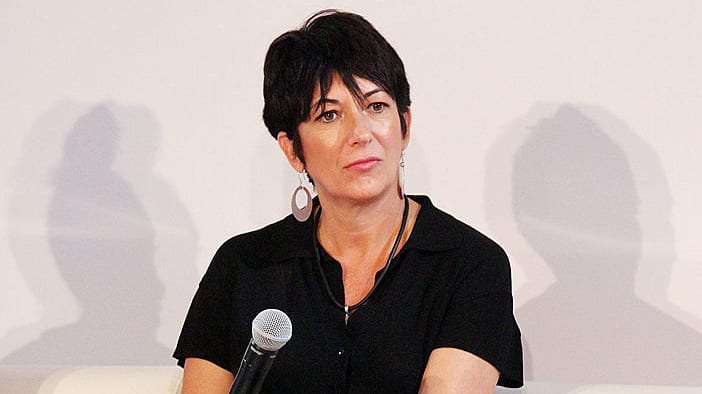 Not only is Ghislaine Maxwell declaring that she’s no child wrangler for Epstein, or, to put it in another term, groomer for Epstein, but the notion of her being a groomer of Epstein is just flat out scientifically not even possible.  In a semantic game that’s sure to entertain no one, and leave Ghislaine with little more than a self-inflicted chuckle at best, her defense team is arguing that child wrangling doesn’t scientifically exist because the terminology used to describe child wrangling, grooming-by-proxy, doesn’t exist.

This is sophistry at its finest for the worst of reasons, defending a child wrangler of a billionaire with ties to many of the most powerful and famous that you and I get lectured to every day about our racisms and bigotries. Ghislaine prepared the mind of a child to be ‘gently’ initiated into a world of total debased human selfish indulgence that any a human could ever take, to violate the body-mind space of a child and force it into a sexual coercive framing of reality is to inflict on a soul a lifetime of torture so long as that soul lives, a torture a soul can overcome, but never fully be free from.

This is what happens to a mind that accepts the premise that life is not sacred in and of itself, that life is determined by material alone, that those who hold the gold make the rules, endstop.

Ghislaine Maxwell plans at her criminal trial to challenge prosecution claims that she “groomed” underage girls for the late financier Jeffrey Epstein to sexually abuse, and to offer testimony that her accusers might have faulty memories.

According to a letter from Maxwell’s lawyers made public on Monday, a former president of the American Academy of Psychiatry and the Law would testify that Maxwell’s alleged effort to win her accusers’ trust did not automatically reflect an intent they be abused.

The letter said the former president, Park Dietz, would testify that the suggestion Maxwell committed “grooming-by-proxy” – by recruiting underage girls to give sexualized massages to Epstein – had no support in the scientific community.

It also said Elizabeth Loftus, a psychologist specializing in memory issues, would testify about “false memories” of sexual abuses that people could describe on the witness stand with “confidence, detail, and emotion,” without deliberately lying.

A spokesperson for US Attorney Damian Williams in Manhattan, whose office is prosecuting Maxwell, declined to comment.