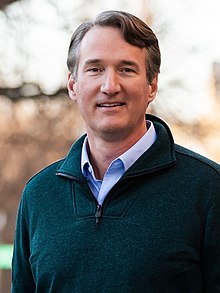 In the Virginia Governor’s Race that’s set to be settled in less than a week, the once strongly positioned DNC nominee and former Governor, Terry McAuliffe has seen his lead evaporate to the point of being no more, as the last set of polls before the election show a virtual dead-heat between the two with Republican Nominee Glenn Youngkin surging among independents and parents.

Mcauliffe is banking on voters not buying the notion that giving complete authority to the state to determine the values your kids are coercively taught is the right approach to build back better.  Youngkin is banking on parents fundamentally wishing to preserve their American-standard right to raise their kids according to values of their choosing.

The DNC media coverage has largely portrayed Youngkin as the usual ‘atavistic’ conservative, dog whistling racism and seeking to end legal gay marriage.  Youngkin, for the record, did not claim to be for making gay marriage illegal, he only claimed he did not support gay marraige from a faith perspective.  Youngkin seems to be a consistent Bill of Rights framed candidate, so the assault by the DNC is really fundamentally about continuing to create a culture where merely disapproving of homsexuality is enough to get you ‘cancelled,’ market, social, and state removed from vital discourse and access to real power.

The tactic might work among the young, but among parents, at this point, the fear of the rights of the LGBTQ being lost might not affect parents after the Mccauliffe gufaw where he appeared to be justifying state control of the raising of children, and then appeared to double down.  For the record, we at the Freedomist doubt significantly that Youngkin has any kind of agenda to roll back the rights of the LGBTQ, he just might not be inclined to continue to extend them, or to introduce sexuality to children at anywhere near the young ages the DNC is currently executing even as we speak.

The race itself is being portrayed as a bellweather for things to come, specifically and immediately what might get done in the US Congress that aligns with the DNC-CRT agenda.  It is also to be considered a bellweather of what might follow in the Midterm US House and Senate Elections.  It need not be the case, but when the DNC controls the means of cultural and social production, a McAuliffe win will be used as a social proof bludgeon to embolden the DOJ, the amplify the Cultural Production push of CRT, and to vilify an increasing list of persons for opposing an increasing list of DNC policies to save humanity from itself.

Perception is reality, so, it is more than likely that the reads are correct.  The question is this, will a Bill of Rights people find themselves in time to resist the DNC machine in Virginia?  Will Independents continue to swing for Glenn despite the massive DNC “He RaYCiSt, hE BIgoT!” songs now being sung in schools, newsrooms, radio shows, youtube videos, facebook posts, twitter tweets, and newsapers across the state?

Will fear for their children lead them to overcome the effective hate machine of the DNC that turns the need for tolerance in a pluralistic diverse Bill of Rights land into a mandatory embracing and fetishization of all that defy any aspect of the America that has been since our inception?

Unfortunately, in our hyper now world, the state of Virginia has the power to decide the next shift in power in DC, where the ‘debates’ are about the continued preservation of a Rule of Law Democratic Republic in a Bill of Rights contstraint or the adoption of a new fluid morality that bears its legitimacy from the status of the ones declaring the new moral codes?

Americans might not fully recognize it, let’s pray Virginia does and stops the red tide now crushing our lands of our American Bill of Rights spirit where all can share value as assumed equals without ever having to surrender their agency, their preference, to state coercion, as the DNC believes we humans require to become the types of humans this neo-socio-fascistic ideology REQUIRES.

With only one week left until the election and the gubernatorial race in a dead heat, independent and discontent voters might likely decide who will be the next governor of Virginia.

Independent voters have increasingly identified with Youngkin (37 percent) rather than McAuliffe (31 percent), a six-point increase for Youngkin and a six-point decrease for McAuliffe since September.

CNU poll: Virginia governor race in a virtual tie, Dem leads in down ballot races have shrunk to similar margins

The poll was based on 944 interviews of registered Virginia voters from October 17-25, according to CNU’s Wason Center for Civic Leadership. CNU says Democrat Hala Ayala has a 1-point lead in polling in the lieutenant governor’s race over Republican Winsome Sears, 49% to 48%, with a margin of error of +/- 3.5%.

Incumbent Democratic Attorney General Mark Herring is up on Republican Jason Miyares 48% to 47%.

CNU’s poll earlier this month had McAuliffe up four points, 49% to 45%. A Nexstar/Emerson College poll released around the…

As the Washington Post reported Wednesday, a surge of GOP election observers are flooding the Virginia gubernatorial race, apparently driven by the party’s push to ensure the system’s “integrity”—the euphemism allies of the former president have used to enact voter suppression laws and sow distrust in the democratic process. The 2020 election was not “rigged,” as Trump continues to claim, and even Youngkin, a MAGA Republican, has publicly acknowledged that Biden was legitimately…

What It Means if Glenn Youngkin Wins

I wrote for Politico today on what the lessons would be if Youngkin pulls it out in Virginia:

Youngkin victory . . . would be significant. It wouldn’t just send tremors of fear through Democrats nationally, presumably making the party’s agenda that much more difficult to get through Congress; it would point to a viable path ahead for the GOP in swing areas, one that keeps on board the Trump base while regaining lost ground with independents and suburbanites.

To be sure, no race is completely replicable, and candidate quality matters. Youngkin is hardly a once-in-a generation political talent, but he’s proved an adept and winsome campaigner. On the other hand, McAuliffe is one of the most irrepressible…

The race for governor of Virginia may be the most important political contest of the year.

“Whenever something happens in Washington, whether it’s a Republican or Democratic administration, voters here tend to react to that and see that as a reflection of how their party is doing,” Mel Leonor, politics reporter for the Richmond Times-Dispatch, says.

Today, On Point: We look at Virginia’s governor’s race and what it says about the political parties – and where the country’s heading.

Whether Democrats pass President Joe Biden’s economic agenda won’t have an impact on the current Virginia governor’s race, but the outcome will say a lot about next year’s midterm elections with control of Congress in the balance, Republican pollster and strategist Frank Luntz said.

Speaking on Bloomberg Television’s “Balance of Power with David Westin” on Wednesday, Luntz was doubtful that Democrat Terry McAuliffe would get a boost in his race with Republican Glenn Youngkin if Congress passes Biden’s plan before Tuesday’s election. The White House is stepping up pressure on congressional Democrats to finalize at least the framework for a deal this week.