Do Christians Appeal to Earthly Powers to Combat the DNC Anti-God Moral Code? 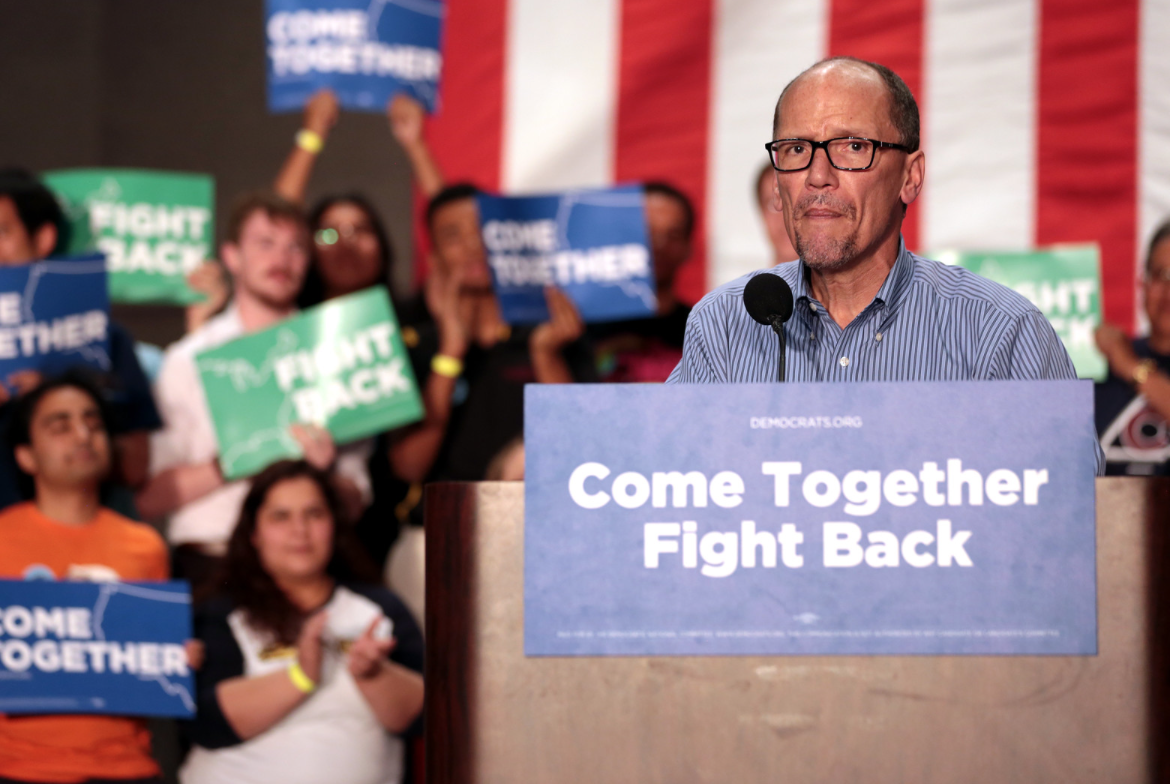 The largest investment firm in the world, State Street, is enacting policies aligned with the DNC, policies based on assumption of guilt by association, genetics, and ‘normative’ life choices.

In keeping with that model, the wizards at State Street have decided they will be enacting a “check with us before you hire the white guy” policy to assure white guys are not given too many opportunities that take away from the ‘everyone but white people’ group derisively termed “people of color,” though white acolytes of the DNC moral code use the term in ways they imagine are affectionate (when affection is really fetishism, but we’ll save that for another story).

The whole world versus the whites.  That’s not creepy at all as your foundational assumption about the reality of the world, the reality of humanity.  And these are the ‘trust the science’ gang.

In point of fact, there most likely are still ongoing stigmatizations within this powerful law firm that might be preventing certain people groups from gaining fair access.  There are also socio-cultural value structures that are viewed differently when through a lens that is, say, of some form of mostly white dominated spaces in America that cause whites to devalue those that don’t represent values they assume are universal to all of humanity.

In other words, there is much value to being aware of the historical contextualities of peoples here in America, and, really the world, and using that awareness to not be heuristically governed by underlying assumptions that might not directly be from an assumption of race supremacism but end up dominantly negatively impacting people groups that aren’t represented in these white dominated spaces.

I want to make it clear here that I have no problem with  white dominated spaces, so long as they are emergent and non-coercive in nature, or any other type of ethnically dominated spaces.  My issue is not with geographical circumstances that, more often than not around the world today, are dominated by one particular, very specific ethnic group (including among the ‘whites,’ who have multiple distinct ethnicities, many of which continue to threaten one another and believe one or the other is superior to the other).

My issue is with lack of awareness of the multipliticies of peoples and the circumstances that many in some groups have found themselves within at birth, and for that and that alone have suffered coercive diminishment of an access to a pursuit of happiness as they define it.

So long as a Bill of Rights land is filled with spaces where such circumstances arise, we as a people are failing.  Being aware of these failues, and working to correct them, for the good of the whole Bill of Rights Republic, is a healthy path forward for America, but doing it by stigmatizing groups of people is hardly the path to end racism and bigotry that the DNC solution claims it offers.

Training your staff to be aware of potential cultural and social differences that might unfairly discriminate certain people groups is a wonderful Bill of Rights ethos for a company to have.  Creating a mandatory ‘check with us before you hire a white guy” stigmatizes every white male, and makes them all tacitly guilty of being racists, the number one sin in the DNC social moral code.

I would even go so far as to say companies that lack ethnic diversity would do well to attempt to find talented and reliable people that represent multiple ethnicities, and, in general, the larger the company is and the broader the audience, the range of expressions that humans represent just by being or choose to be represented by.

Being aggressively inclusive is fantastic, but targeting any one group for exclusion, and impugning any one group with generational sin is as bigoted, as racist as the racism and bigotry the DNC social moral code claims it will end if you just follow the code to the letter.

Isaiah 32: 7 (ESV)
As for the scoundrel—his devices are evil;
he plans wicked schemes
to ruin the poor with lying words,
even when the plea of the needy is right.

The plea of the needy is real, across this land, and in the course  of allegedly attempting to help one group of needy, the DNC social moral code is creating tons more, so now we are all becoming needy, and we all are becoming more hostile not to the ones that have manipulated us into the existential affair, the corporate, social, media, and political leaders that give power to this new social moral code, we turn our hostilities to the particular groups being targeted by the DNC for salvation or damnation, while our executuves make bank from the content our meltdowns create (all of which will be copyrighted by the same executives).

The revolution will not be televised, it will be copyrighted by the victors.

As usual, our method of governing through death and threat of suffering is yielding exploitive authoritarian “solutions” to real pain and suffering from the people.  As a people of God, we are called to not fear death, or to use it to spread the gospel or make disciples.  We make disciples by being disciples first, to one another, to love as Christ loves us and showed His love particularly when he walked the earth as both God and  man, was crucified and in the tomb three days before He rose from the dead and conquered death.

We do not rule through fear and pain, but through love and service, with grace that has a taste of salt to it.  We speak hard truths, but with a hope of restoration. All of these values are absent this DNC code, and where the DNC code fails, our righteous code prevails, so long as we practice it first among ourselves, in our daily lives, in complete communities, our way conquers death and welcomes suffering, even as we also revel in the joy God gives us to experience in the here and now.

Our way conquers racism and bigotry by making us all sinners redeemed without earning it, and while we yet hated God.  Our way humbles the haughty, be it in a sense of righteousness, understanding, or immortality.  Our way leads to the low places being lifted up so that the high places are brought low in service, in a flippening of power that can only occur when the people as a whole submit to the same redemption, Christ on the Cross and the Empty Tomb.

If we wish to conquer the fallen world, we best be able to show it what a complete life in Christ in complete community with fellow believers offers in contrast to what the executives laughing at the struggles between the needy have now mostly forced on us by coercion or ‘consent.’

So long as we are not self-sustaining and reliant on other disciples, we are but a feckless fringe on the outskirts of the heart of the earth’s power, wholly dependent on its structures for our daily sustenance, as I myself can attest to.  This corporation will not be moved, nor should we try to move it, to reflect our values.  Rather, we should ween ourselves off of our dependence on Egypt and be bold enough to wander into the desert, with no idea where God might be leading us next.

But do let’s pray for these leaders that God might remove the spirit of deceit from their tongues, their ears, their eyes, their minds, their hearts, and come back to the justice that glorifies God, not the created, as the DNC social moral code does, the book of Ba’al, the book of Molech.

1 The LORD said to Moses,
2 “Say to the Israelites: ‘Any Israelite or any foreigner residing in Israel who sacrifices any of his children to Molek is to be put to death. The members of the community are to stone him.

This is the old covenant, but the spirt of the law remains, and in that spirit, we should rightly recognize the nature of the spiritural assault on the people of God and this land, and remember we do not rely on the powers and principalities of this earth but on the spiritual powers over spiritual authorities.  We do not govern with death, but with love, that is grace with the flavor of salt, as seen, heard, and felt by the fallen around us through how we conduct ourselves as professing disciples of Christ.

John 13
31 When he had gone out, Jesus said, “Now is the Son of Man glorified, and God is glorified in him. 32 If God is glorified in him, God will also glorify him in himself, and glorify him at once. 33 Little children, yet a little while I am with you. You will seek me, and just as I said to the Jews, so now I also say to you, ‘Where I am going you cannot come.’ 34 A new commandment I give to you, that you love one another: just as I have loved you, you also are to love one another. 35 By this all people will know that you are my disciples, if you have love for one another.”

Rulers are servants and enemies are people we love, and hope to see restored, forgiven, concepts anathema to the DNC social moral code, now attempting to move from the HR departments to the letters  of law with the lethal power of the state behind it.  In other words, things appear about the same as they’ve been since civilzations first emerged, at least.

State Street is one of the largest investment firms in the world. It employs 39,400 people in 27 countries, including 2,500 in Ireland.

State Street commissioned the Fearless Girl statue on Wall Street. It moved the statue to the New York Stock Exchange.

The company also vowed to “increase spending with diverse suppliers over the next three years.” They want to “hold ourselves accountable for strengthening black and Latinx owned businesses.”

So I guess it doesn’t surprise me that bosses at State Street must have permission before they hire white males:

The policy is part of a drive by State Street, which employs 2,500 people in Ireland, to improve diversity within its middle and senior management. The multinational aims to triple the number of black, Asian and other minority staff in senior roles by 2023, and executives’ bonuses will be lower if they do not meet the targets.