DNC to Use January 6th Committee for Lawfare Targeting GOP 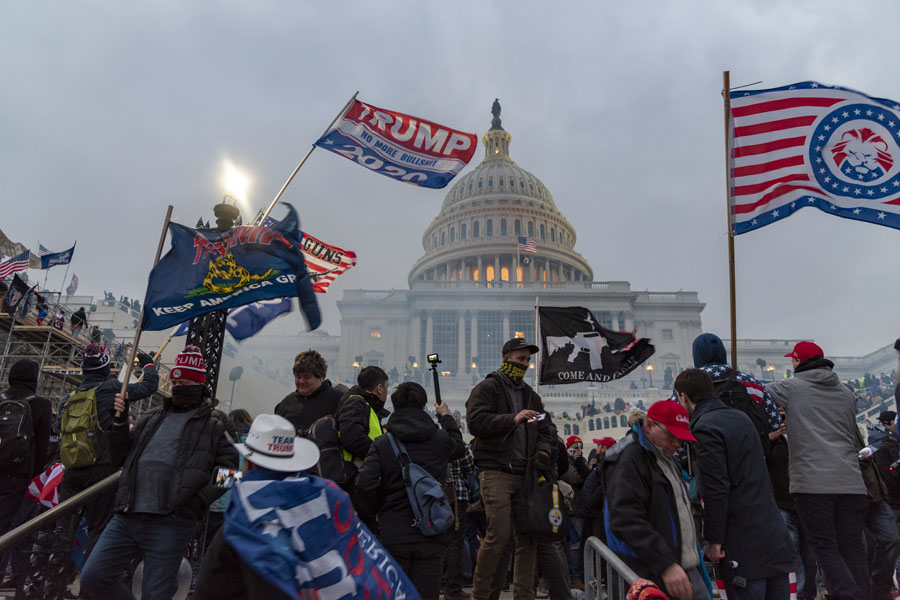 To no one’s surprise, the Lawfare Party, aka the DNC, is going to do everything it can to criminalize anything and everyone they can that might in some way shape or form connected to posslby even maybe even wanting Donald Trump to win in 2020.  They will be doing this by expanding the January 6th Committee to become an Anti-American committee, as in a committee of Anti-Americans looking to get rid of more Americans in power. Perhaps my hyperbolic opening is only hyperbolic because the DNC does not, as yet, feel it has the power to attempt such a declaration, but in many ways they have, over and over and over again.  They have declared all who are not DNC are criminals, social pariahs, who must not be allowed to make a living or have a voice in the new DNC Soviet. When Pelosi called the DOJ Officers sent in by then President Trump to protect Federal Courthouses from DNC redshirts, Trump’s Gestapo, she was announcing her separation from the Bill of Rights land by siding with people trying to set a Federal Courthouse on fire over the Federal agents sent in to protect the courthouse.  As a speaker of the house, she violated her oath of office, but announced to the world she was no longer bound by it.  If she could arrest you for being not her party, she would. Democrats around the country belligerantly called any American that defies their ‘CRT” agenda for children, an agenda that is, by its idealist core, fundamentally incompatible with a Bill of Rights people, racists and idiots for daring to oppose their children being taught to openly violate the bills of rights of others because they are existentially opposed to a Bill of Rights Republic. In that spirit, it is no surprise that the DNC operatives that have power  in the US House will utilize that power to seek to assault through Lawfare any and all enemies of their anti-Bill-of-Rights programs, lest the republic not fall to the DNC Soviet.   Jan. 6 Panel Takes Crucial Step of Broadening Probe Beyond Capitol Attack From talkingpointsmemo.com 2021-11-09 22:00:24 Josh Kovensky Excerpt:

Two new batches of subpoenas from the House Jan. 6 committee send a strong signal that the panel will not over-focus on the Capitol attack as an isolated event, but will instead investigate the full Trump conspiracy to subvert the 2020 election. Other recent activities by the committee also suggest that the panel wants to probe the months of groundwork it took to create the Big Lie that the 2020 election was stolen, beginning in early 2020, and not just the insurrection itself. “In the days before the January 6th attack, the former President’s closest allies and advisors drove a campaign of misinformation about the election and planned ways to stop the count of Electoral College votes,” panel chairman Rep. Bennie Thompson (D-MS) said in a Monday statement. “The Select Committee needs to know every detail about their efforts to overturn the election, including who they were talking to in the White House and in Congress, what connections…