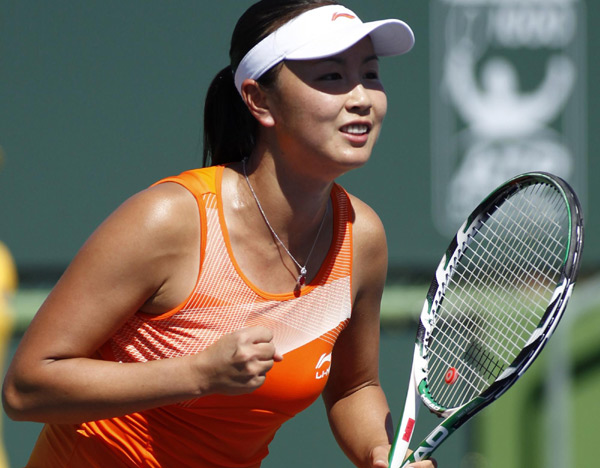 It seems not even Beijing can conceal the political ruthlessness of its actions from the world even when it comes to how it usually treats its stars, specifically female stars, like sexual conquests for the party elites.  The top-ranked doubles tennis player in the world, Peng Shuai, dared to speak out against becoming a sexual conquest by one of the creepy powerful elites of the party, and she quickly disappeared.

With the Olympics Committee serving as China’s apologist, the attempted ruse is not working, and the people of the “West” are now asking questions they should have asked long ago, “what kind of country is China and can we continue to do business with it?”

The Women’s Tennis Association, for one, is not amused at China’s attempts to silence this woman who dared speak out against the party and its decades of sexual conquest of its female ‘starts.’  It doesn’t pay well to become a star in China when the party elite find you sexually conquestable.

Never mind all that, though, King Lebron and the NBA have a great relationship with China, and their social justice work in America surely doesn’t conflict with the reality of the nature of the Chinese state under a totalitarian ruler, Chairman Xi, who serves as the head of the party, the Chinese Communist Party, the big brother, if you will, of what the DNC hopes one day to become (but I digress).

When the Chinese tennis star Peng Shuai accused a former top leader of sexual assault earlier this month, the authorities turned to a tried-and-true strategy. At home, the country’s censors scrubbed away any mention of the allegations. Abroad, a few state-affiliated journalists focused narrowly on trying to quash concerns about Ms. Peng’s safety.

Beijing seems to be relying on a two-pronged approach of maintaining the silence and waiting for the world to move on. The approach suggests that the country’s sprawling propaganda apparatus has limited options for shifting the narrative without drawing more attention to the uncomfortable allegations Beijing hopes would just disappear.