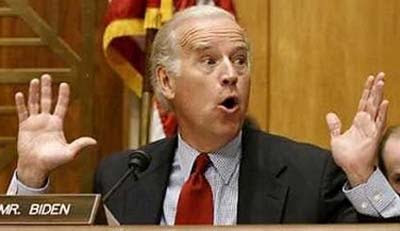 The most popular President in American history and the victor of America’s first “pioneering” mass mailer election, Joe Biden, is  somehow losing people in droves, across all political denominational lines, but ESPECIALLY among the non-partisan voters, the people who still primarily vote with their wallets, the mostly unaffected by the bounty of the exploits, either to the good or the bad.

These people, who just want to do people enjoy life stuff, are leaving Biden faster than Biden left Afghanistan, and that’s pretty hardcore fast.  Just ask the Taliban, who LOVED the rapid retreat.

Among this salt of the earth group, Biden gets a 66 percent disapproval rating, a massive thumbs down from the vast majority of Americans not pinning their eyeballs to partisan agit prop, be it the left or the right (which is, mostly, at the highest levels, either feckless but content losers, or designated losers in the fake politics game).

This group, the people not glued to Fox News or MSNBC, not waiting for the next Tim Pool Lukewarn Revolutionary livestream or the next Young Turks Race Baiting Meltdown, this group has seen enough in the daily living they can’t avoid to come to the conclusion Joe sucks at being President, for what that’s worth, and it might be worth a lot come 2022, if the DNC pork barrel fails to deliver the fat to this same group (and I am betting my next three lunches that it won’t).

It does not bode well for Joe, but then again, he is the sometimes looking at you like he’s actuallly there face of the DNC, the machine that controles the fundamental means of social, civic, and cultural production, making all our dreams come true, right after they defined what they are for us, without our consent, or even input.  The experts know best.

Only the vast majority of Americans are starting to see what some of us knew long ago, the experts are mostly reflections of the will of the most powerful in the land they occupy.

President Joe Biden’s approval rating has sunk to a new low as Republicans appear to be in a strong position to retake one or both houses of Congress in next year’s midterm elections.

According to a USA Today/Suffolk University Poll taken last Wednesday through Friday, Biden’s approval rating has fallen to just 38%, with his disapproval rating climbing to 59%, the worst numbers recorded by this poll for the president since he took office. It’s even worse than the 41% approve (55% disapprove) rating the poll recorded in August during Biden’s disastrous withdrawal from Afghanistan.

Biden took the hardest hit with independent voters, of whom an overwhelming 67% disapproved of his job performance.

More than two-thirds of Americans say the country is on the wrong track, and 45% of respondents said Biden is doing a worse job as president than they expected.

One in five survey respondents said the most important thing for Biden to do over the next year would be to resign, retire, or quit….