And Now Transgenders Want You to Bake Their Transitioning Cake 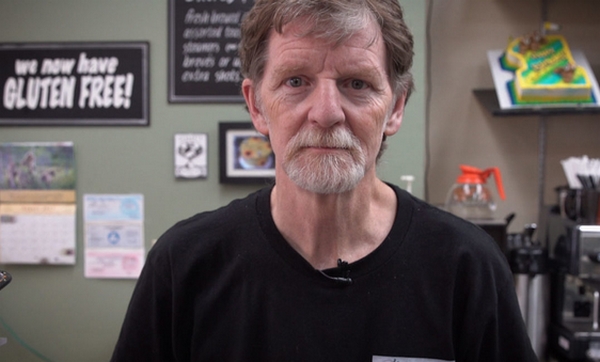 In this instance, the backdrop is a public space under the authority of a private enterprise, a cake shop in Colorado.  The issue to be resolved within a Bill of Rights, Due Process, Rule of Law context is to determine which right is more fundamentally being violated here, the person wanting a cake celebrating a transition day for a transgendered person or the Christian who does not wish to express such approval for such an act?

Of course, we Americans can easily see which side should be held justified in this exchange within that Bill of Rights parameter, and that would be the one you are compelling to express a belief that person does not share.  In esseence ,the pro-transgendered person is asking the state to make acceptance of transgenderism compelled belief, to establish a form of secular church, an  orthodoxy of belief that the people must openly express approval of, one of which is that transgenderism is good and should be celebrated.

The two parties aren’t talking from the same value perspective at the start, with one side equating a hierarchy of minoritized groups as defined by a mere handful of human factors (gender, sexual preference, race, and are you anything other than us which makes you literally Nazis?) which should determine the hierarchy of rights values.  The heart of CRT is to inject into the law super extra ‘considerations’ that essentially boil down to a hierarchy of preferred human expression and a hierarchy of forbidden human expression with which to undo the very spirt of the Bill of Rights itself.

A not-so-trojany-Trojan horse that the alleged opposition, the GOP, seemed not too concerned to let into the inner sanctum of jurisprudence nonetheless.  Of course, this was just one of many ‘fails’ that have many, including many writers for the Freedomist itself, to conclude the GOP is mostly controlled, even still, by the DNC’s Washington Generals team, leading all Americans into hopelessness as the DNC Python squeezes the life out of the American soul.

Still, the reality of our technological situation is such that these days of heady micromanaging power will more  than likely be short-lived, and in that era, transgendered folks will be free to live openly, without fear of hate, and Christian bakers won’t be compelled to create any message they don’t wish to create, as will Muslim, Atheist, and Hindu bakers.

Wilson, in a news release, says the amicus brief supports “free speech rights of small business owners.” The brief claims cakes are works of art and should be protected by the First Amendment.

“The right to free speech is precious to all our citizens and cake bakers are no different,” Wilson said in the news release. “The U.S. Supreme Court has already ruled in favor of this same small business in a previous First Amendment case so we know we’re on solid legal ground.”

Jack Philips, who owns Masterpiece Cakeshop in Colorado, was sued after not making a custom cake celebrating a gender transition because “[i]t would violate [his] religious beliefs to send a message to anyone that he would celebrate a gender transition,” according to the news release.

Read a full copy of the brief here.